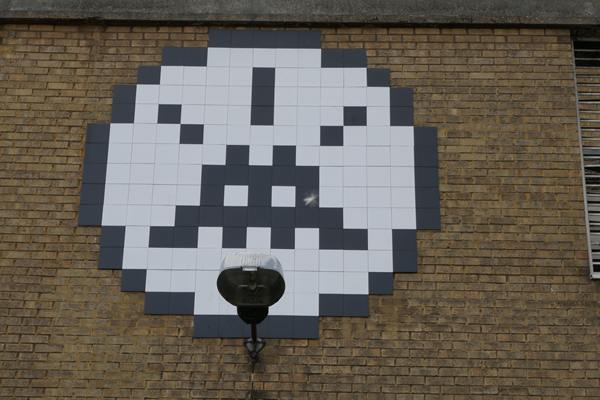 Three weeks ago, I saw this in London.
Street art by French mosaic streetartist Invader.
This was the first one I saw, but I learned there are many, many more, not only in London, but everywhere.
First made in 1998  in Paris and now in 30 countries and 78 cities.
And this is the first one I saw!

This week (such a coincidence) there was an article about space invaders in our local newspaper.
So now  I  understand what it's all about.
It's based on a computer-game that was very popular in the late seventies, called Space Invaders. Nowadays  there are people who want to see and 'collect' them all.

Last saturday, I was in Amsterdam. And there  my husband and I found two invaders. Right in the centre of Amsterdam: 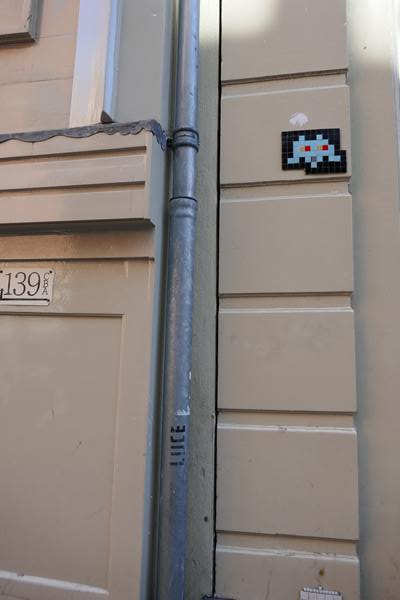 This one was in the Warmoesstraat. The second one quite close to Dam Square: Beurspoortje. 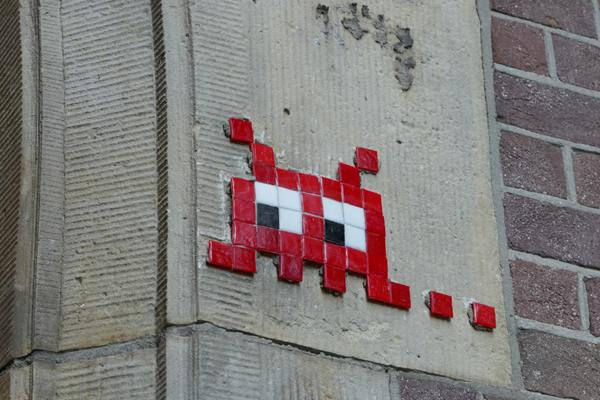 Searching for them  is exciting! Finding  them is very satisfying!
I don't expect these two to be the only ones we will find, hahaha!

Now I don´t know if feeling too young or too old!

My husband was a big fan of Space invaders and I can remember him playing it :)
Great find Bertie, and I'm sure now you will find plenty more. Thanks for participating

...they seem to be everywhere!

Although I've never heard of this or the computer game, it was really clever how you found so many of them already in different cities. Now I have something else to watch for, too. Love the back story to these "creatures."