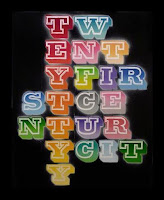 Ben Eine (real name Ben Flynn, 1970) made this one.
I have not seen this work in real life.
Because this is what David Cameron, the British Prime Minister at the time, gave to President Obama. A screenprint,  an official gift
Until that moment Ben Eine was just a little famous in the London East End, known for the special letters he made.
After that, he became very famous
Now, that's a story is not it?
It's a bit like a fairy tale, I think.
We were standing in an East End street, in London,  when  the man who guided our street-art tour, told us about Ben Eine and his succes. A success that continues today 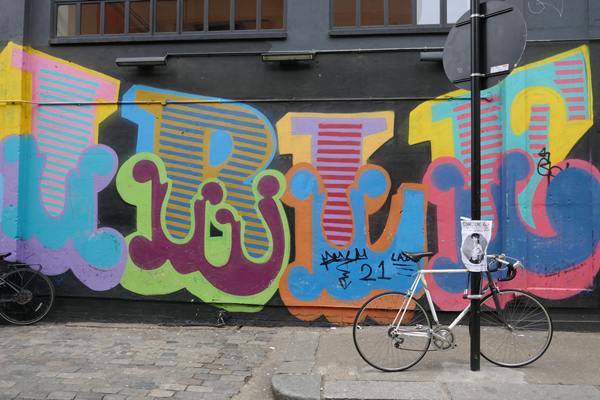 I haven't heard of the artist, but I'm glad he became well know because of a gift between two world politicians.
Thanks for participating Bertie.

Well, Sami said it all, I agree!

...a colorful way to brighten the street!

Fascinating use of letters as images and also for making words. In your next post I see the tulip fields -- beautiful!